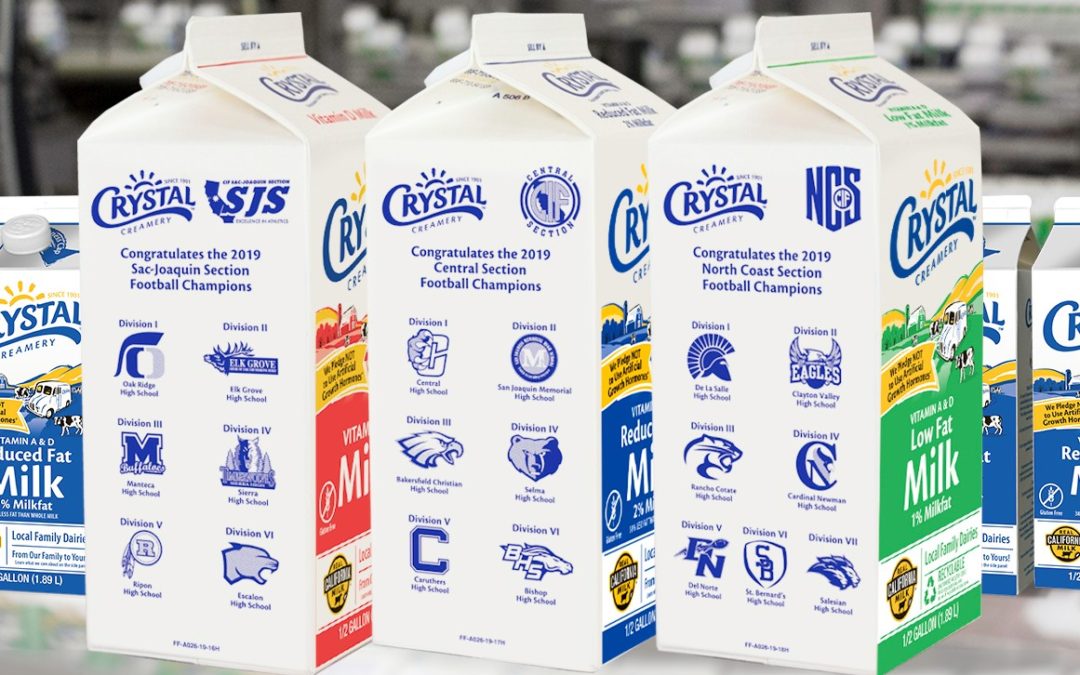 MODESTO, Calif. (January 27, 2020) – As the San Francisco 49ers and Kansas City Chiefs prepare for their championship game this Sunday, some Eureka student athletes are already enjoying the perks of being a football champion, albeit a North Coast Section Champion. Starting today, they even have their own championship milk to pour on their super bowls of cereal this Sunday.

The California Interscholastic Federation’s North Coast Section’s seven football champions are being recognized on the latest set of Crystal Creamery’s commemorative milk cartons. Out in time for the Super Bowl, the new cartons are arriving in local grocery and convenience stores from Bakersfield to the Oregon border this week.

“Crystal Creamery is proud to recognize these football champions on our commemorative cartons for achieving the highest honor in their sport,” said Brian Carden, Crystal Creamery’s Senior Director of Sales. He added, “With these cartons, Crystal Creamery wants to provide a fun, lasting memory of a very special moment for each of the student athletes, their coaches and their families.”

In 2019, Modesto-based and family-owned, Crystal Creamery, expanded its sponsorship of the CIF to include the Central and North Coast Sections in addition to the Sac-Joaquin Section which it has sponsored since 2012. Crystal Creamery recognizes outstanding student athletes in both boys’ and girls’ sports including Section and State Champions, academic team champions, scholarship winners and Hall of Fame inductees on milk cartons.