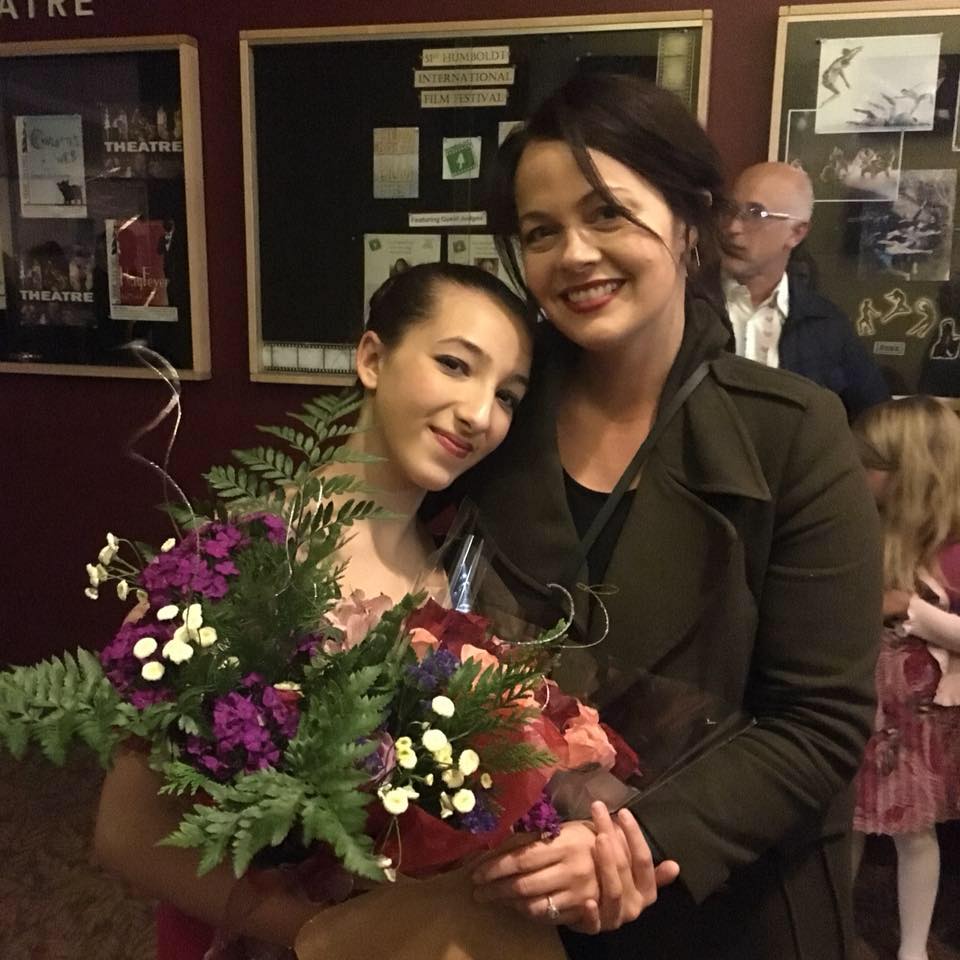 Maria Matteoli, St. Bernard’s graduate of the class of 1994, is our other Alumni Spotlight this month and is being recognized and inducted into the SB Alumni Hall of Fame on May 4.

Maria was active in student government and served as president of her class Freshman, Sophomore, and Junior years.  She was president of the Interact Club for two years.  She took art classes and completed the AP Art Portfolio her senior year.  Maria was also involved in  Drama and played a major role in school plays.

When asked about school memories, Maria did not hesitate, “I loved the great pals I made with the class of ‘91, and I have lots of memories of shenanigans during play rehearsals for The Importance of Being Earnest with my good buddy (to this day) Kenneth Thomas, along with Luke Omey, Co Pucillo, Will Irvine, and that whole hilarious gang.  I think my favorite memories are the millions of inside jokes I made with my SB friends, Liz Irvine and Liz Ramos in Spanish class and Renee Buchanan and Gretha Omey in Calculus…gosh, did we ever get any actual work done?”

After high school, Maria attended UC Santa Cruz, but left because of finances and “eventually ended up in San Francisco being a vagabond artsy person, studying acting professionally in San Francisco and New York, and living in Italy and Switzerland for a while.” While writing screenplays and making short films, she earned a BA in Film Production.

Maria is now a filmmaker.  She wrote, directed and produced her first feature film, The Wine of Summer, which was shot in Barcelona. She feels fortunate to have been able “to work with a wonderful cast including Academy Award-winner Marcia Gay Harden.  It was a dream come true experience, having our world premiere in Portugal and a big Hollywood premiere in Beverly Hills, which nearly my entire family attended.”  Her film, The Wine of Summer is now on Amazon Prime.  Since then Maria has also written two feature-length scripts, and is presently in an advanced stage of development on a film that she wrote entitled Agnes.

Seven years ago Maria and Tim Probst, an oncology pharmacist at St. Joseph’s Hospital, were married.  They have one son Ledo, who is six years old, and a fourteen year old daughter Sequoia, whom they adopted three years ago.  They recently added a labradoodle puppy named Baxter to their clan. Two years ago Maria and Tim purchased a big, old (1907) house in Arcata and renovation work has kept them busy. She loves being close to family and  raising their two kids near cousins, grandparents, and great-grandparents.

Maria reflected that St. Bernard’s impacted her life in many ways, “I think a lot has happened in the past twenty-five years to change the way the Catholic Church deals with victims of abuse and I am grateful for all that the church and Pope Francis are doing to try to heal this great wound.”

Maria is also thankful for the tight-knit familial SB community that she is able to keep in touch with through Facebook and feels fortunate to have had some amazing teachers during her SB years, adding,  “I think I learned more in Mrs. LaMont’s sixth grade English class that I learned from any college professor I ever had.”

Maria, we are sure Mrs. LaMont and all your former English and Drama teachers/professors are very proud of all your achievements, To be sure, all of the St. Bernard’s community is proud of you!