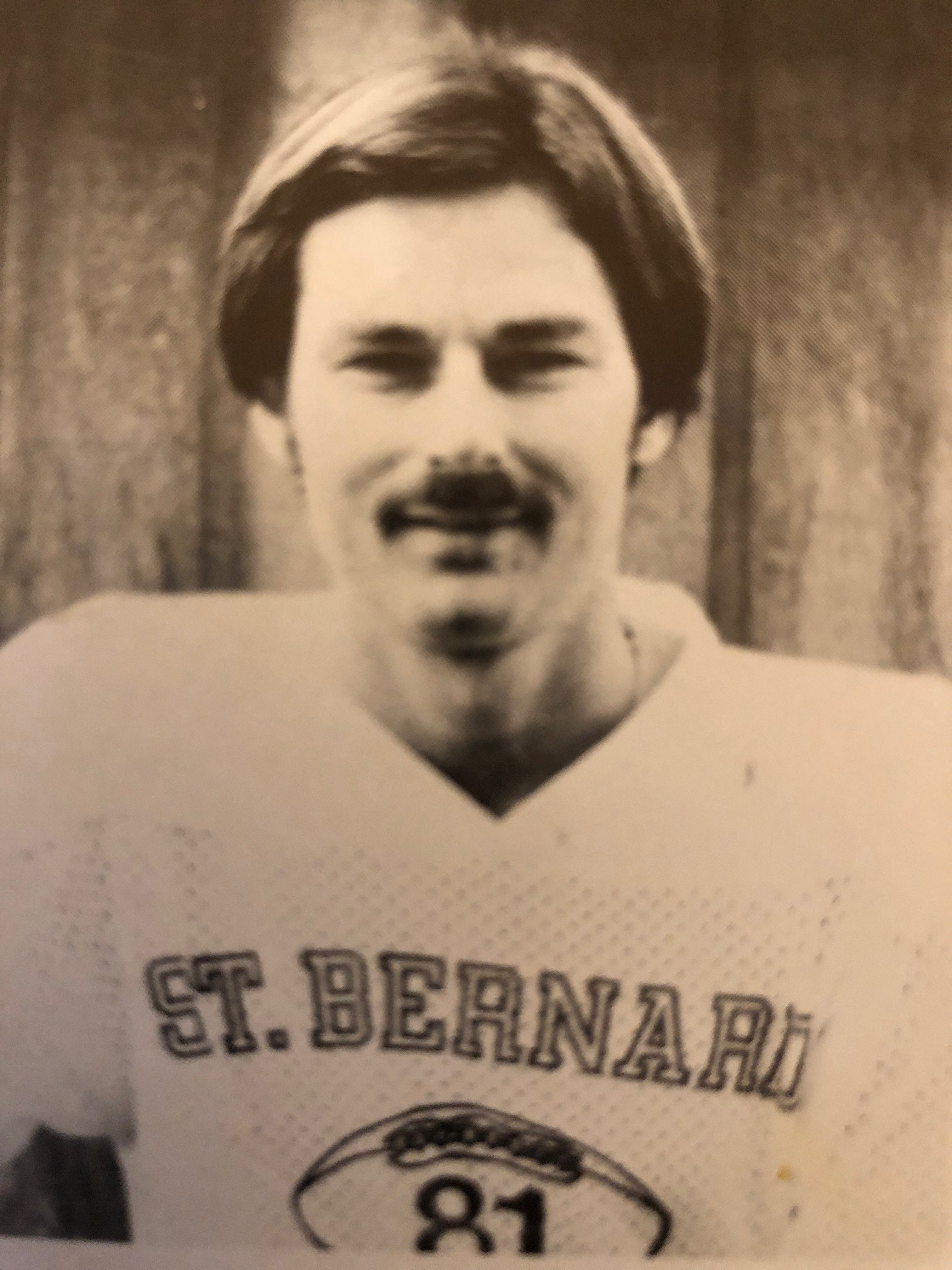 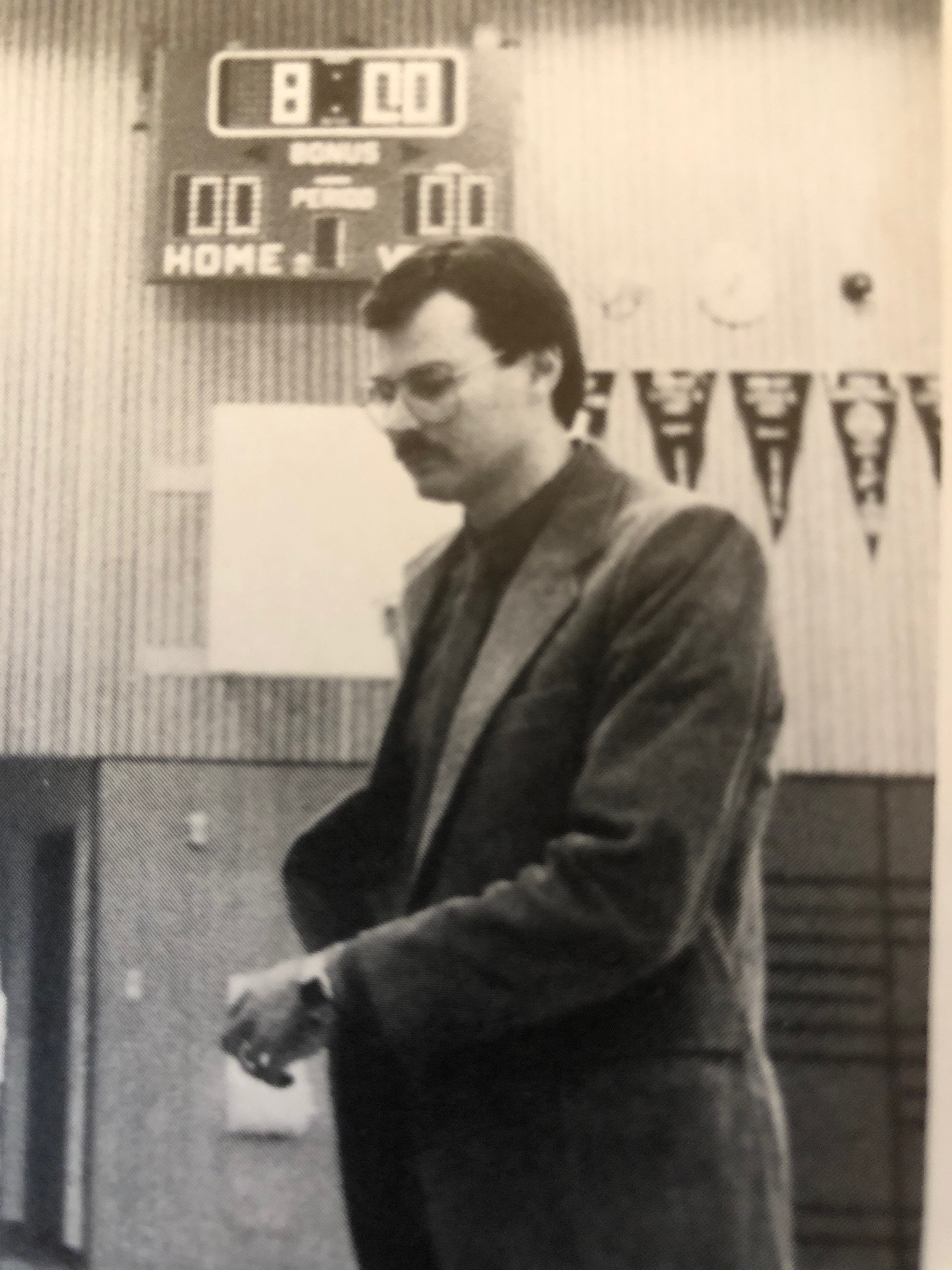 Bob Robertson, Class of 1972, is our Alumni Spotlight for this month.  Bob attended St. Bernard’s Elementary and High School as well as his brothers Tay ‘67, Jim ‘70, and his sisters Terri ‘73, and Nancy ‘77.   Bob added that the tuition in the early 60’s was initially $35.00/month…for the entire family!

Bob’s whole high school experience was great.  He made lifelong friends and participated in as many athletic teams as possible.  Bob states, “St. Bernard’s had an exceptional faculty at that time, a mixture of young teachers with families, and the nuns.”

After high school, Bob attended College of the Redwoods and Humboldt State University while participating in football, basketball, and baseball each year and working various jobs after practice. In college he found his interest in the sciences and met his future wife, Debbie Gundersen during his Freshman year.  They were married six years later, and had two sons, Tim and Scott. Both sons graduated from St. Bernard’s High School (Tim ‘01 and Scott ‘03).

With teaching credentials in Physical Science, Biology, and Geology, Bob returned to SB and taught and coached for 14 years and experienced, according to Bob, “the most enjoyable years of my professional and family life. While coaching basketball, football and as Athletic Director, I learned much from our SB players, parents, and coaches as the years went by. For those of you that played for me in those years, I am eternally grateful for your discipline and hard work, especially your willingness to sacrifice for the good of the group.  This was the recipe for some very successful St. Bernard’s teams…Thank-you.”

Bob was most influenced by SB coaches and teachers Ray Mechals, Bob Bonomini, and Carl DelGrande, and feels very lucky to have had such fine role models.  They taught him the value of hard work and teamwork to achieve life’s goals, He also feels fortunate to have had the most incredible and accomplished teammates during those four years, where he  learned to study and compete at a high level.

After teaching at St. Bernard’s, Bob taught Geology, coached basketball, and was Athletic Director at Arcata High School.  After a total of 37 years of teaching, Bob retired in 2014.

Besides spending time with his grandchildren, Bob enjoys doing occasional projects at St. Bernard’s, helping fund raise for SB athletics, and participating in SB Alumni Association events.  He is often in contact with many of his lifelong friends from his time as a student and as a teacher/coach at St. Bernard’s.

Bob is also lovingly referred to as “Coach Robbie” by many of his former players and can be regularly seen at a plethora of athletic contests throughout the county and the state watching former students coach their teams.  He is an avid mentor and dedicated supporter.

Bob is amazed how little St. Bernard’s had changed since he first became involved over 5 decades ago.  He still sees traditional, family oriented activities and opportunities for kids, with an emphasis on using athletic participation as a vehicle for growth and self discipline at a vulnerable age.  He finds the school’s parent and alumni base to be as fiercely loyal as ever, perhaps thus explaining St. Bernard’s longevity and sustainability over many years. He views St. Bernard’s High as a necessary educational alternative in the community, each year helping 200 or so young people to find a clear path in life.

Bob summed up his feelings about St. Bernard’s with this statement, “Over the years as a student, teacher, and coach at St. Bernard’s I have been the recipient of one of life’s greatest gifts.  It has truly been a privilege to be part of the St. Bernard’s experience.”

Thank-you, Bob, for everything you have done and continue to do for St. Bernard’s and for being a true Crusader all your life.