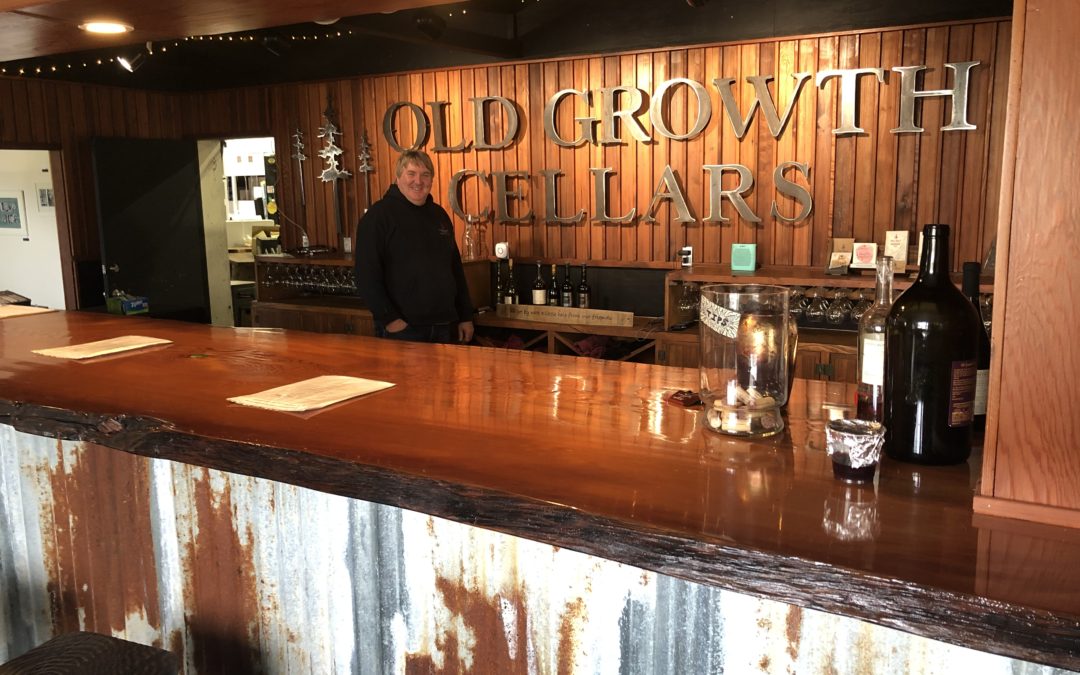 Living a Life of Passion: Family, Baseball, and Petite Sirah

“Alumni connections at St. Bernard’s are not just by year, but by generations,” Jimmy Pastori.

Jimmy Pastori ’79 is a Crusader. He gives of his time, his resources, and his talents. For 24 years he has been coaching and supporting the Humboldt Eagles baseball program. Following in his father’s footsteps, “It’s a passion. It starts back with my father being involved in American Legion from 1968 to 1994.” Jimmy’s leadership helped lead last summer’s team to championship  finishes: the 17U team won the state tournament and the 19U team took third place. Third place felt even better when two of the team’s pitchers were offered Division I scholarships. “I’ve followed in Dad’s footsteps. I wanted to be a part of the program, the relationships. Balls and strikes only take you so far – always stress: get your education.”

Bob Robertson: “Jim’s greatest assets growing up were his dad and mom, who I found to be the perfect parents. Jim Sr. and Joy Pastori were always supportive of the coaches and Jimmy’s activities at St. Bernard’s. Growing up in a sports oriented family that was involved with Humboldt Eagles baseball for three decades, Jimmy learned what it meant to be an athlete, especially the hard work and team work it takes to be successful.”

Jimmy helps instill that work ethic by making himself available to local athletes all year long. He works with thirty kids a week, runs pitching clinics, and helps kids from little league to college. “I am always stressing to the kids to be goal oriented in life. Set short term goals. Set long term goals.”

That’s not all, of course. Jimmy founded Old Growth Cellars in 1999 and his team just won the Eureka Chamber’s “Small Business of the Year Award” last Saturday night. “I could see the writing on the wall years ago. The Ma and Pop stores weren’t making it anymore. I knew I had to branch out and I knew I had a passion for wine.”

Cindy Tonini Hilfiker: “Jimmy is the same fun-loving, generous and kind person today that he was in high school. He has always been nice. He is exactly the same. We have been friends since he came over to St. Bernard’s as a sophomore. I am so proud of what he’s accomplished and it made me happy to see Old Growth Cellars win the ‘Small Business of the Year Award’ from the Chamber this weekend. He deserves it!”

Jimmy is a giver. He supports St. Bernard’s, youth baseball, local businesses, his friends, you name it.

Sue Wahlund Dimmick: “Jimmy never says no. He doesn’t know how to. He is a giver. Always has that jovial smile and laugh. I remember back when I first met him he was playing baseball with John. Jimmy was a great baseball player. I remember watching him win almost every game with the Arthur Johnson Socks.”

For Jimmy, it’s all about the Golden Rule and his philosophy of life: Treat people how you want to be treated. “Dad had a quick sense of humor, good wit. He’d tell me, ‘Whatever you choose to do – be the best at doing it.’ And he was always looking out for the underdog.”

Jimmy started as a box boy at his dad’s store when he was 12 before becoming a partner in his 20’s and then taking over the operation. After 56 years, he recently sold the store to St. Bernard’s alumnus Cameron Renner.

His plan for Old Growth Cellars is to improve the business every year. Being Jimmy, he started with a bang. He won Best of Show with their very first entry in the county fair. That flagship bottle of Petite Sirah put Old Growth Cellars on the map. He is up to 4,000 cases a year with a focus on great, small boutique wines. Old Growth Cellars has 13 varietals and is available from Portland to Fort Bragg.

His favorite part of the process is watching the wine evolve in the barrel – figuring out what it needs. The hardest part of this business in punching grapes. This year they handled 70 tons of grapes and they punch them all by hand. Each ton takes 7-11 days, twice a day. And for the uninitiated: “In winemaking, when fermentation begins, the grape skins and solids rise to the surface because of the carbon dioxide gas that fermentation creates. “Punch down” is the term winemakers use for breaking up this cap of skins and solids that forms over fermenting red wine” (www.cawineclub.com).

Jimmy has also become an event planner and host at the Old Growth Cellars site on Hilfiker Lane. He never in his wildest dreams thought he would be one, but it fits perfectly with his main characteristic: helping others. Jimmy hosts nonprofit fundraisers and constantly gives of his time and his wine.

Jimmy looks back at his time at St. Bernard’s as a critical part of his life: “St. Bernard’s is a large part of my foundation. Who I am. I was mentored by coaches and teachers. Formed lifelong friendships. St. Bernard’s helped me become who I am today. My family is a big part of that story of course. I love giving back to SB. I love making sure kids have the same opportunities I had as a student and an athlete at St. Bernard’s.”

While at St. Bernard’s, Jim played tight end for Coach Brad Warze during the 1977 undefeated NCS football championship season. As a starting forward on the basketball team his senior year, Jimmy was the premier player for St. Bernard’s, while competing against both the Big 5 & Little 4 conference teams. Jim played second base for SB in the 1978 and 1979 baseball seasons, including winning a North Coast Section baseball championship.

Bob Robertson: “Jim was on the first of 14 varsity basketball teams that I coached at St. Bernard’s, and the thing that I realized immediately was that I could learn a lot from him about how to effectively coach high school players.  He was fun loving yet mature, and instinctively knew how to practice hard, prepare for games and how to treat his teammates, thus setting the tone for the team.  He was part of a very special, close knit group of friends that overachieved in every sport they were part of.”

Jimmy hasn’t stopped overachieving since 1979. Look for his wines to end up all over the Western United States and beyond. Watch his Eagles fly off to pitch at Stanford and Oregon State. Stop by for a glass of wine and some laughter. One family.

It all started in 1999, with a conversation between Jim and previous co-owner Steve Garrett. We both had a special fondness for Old Vine Zin. Being able to make the wine ourselves felt like the epitome of our passion. I (Jim) had connections throughout the wine industry, and Steve Garrett had lots of time on his hands as a newly retired science teacher.

​That whim of “Hell! Let’s make some wine!” ended up turning into a full-on business that has grown steadily over the years. Steve sadly passed away in 2010, but we’re certain he’d love what Old Growth Cellars has become. The winery still runs on the same idea: good friends united by a shared love for good wine.

And I, (Bob Lima), joined in 2015. I had been volunteering with the winery for years but wanted to use my chemistry background as a pharmacist to continue to improve upon the wines we made. I love getting to experience the transformation of the grapes at each stage of the process. But my favorite part of the process will always be getting to hand someone a glass of wine, and seeing them enjoy it.

Old Growth has captured Best in Show of all local wines three of the last four years. Jimmy doesn’t take all the credit of course: “Bob Lima and I are grateful to our significant others, Ramona Lima and Mary Comer. And a special thank you to the guys who have helped us out a ton throughout the years: Craig Apo, Ed Dewald, Paul Jackson, Ron Maher, Bill Matthias, Joe Pinocchi, Mike Torquemada, Tony Viegas, Richard Ward, and Steve Wilson to name a few. We’re also so grateful to our wine consultants Jesse Torres and Matt Hatcher.”