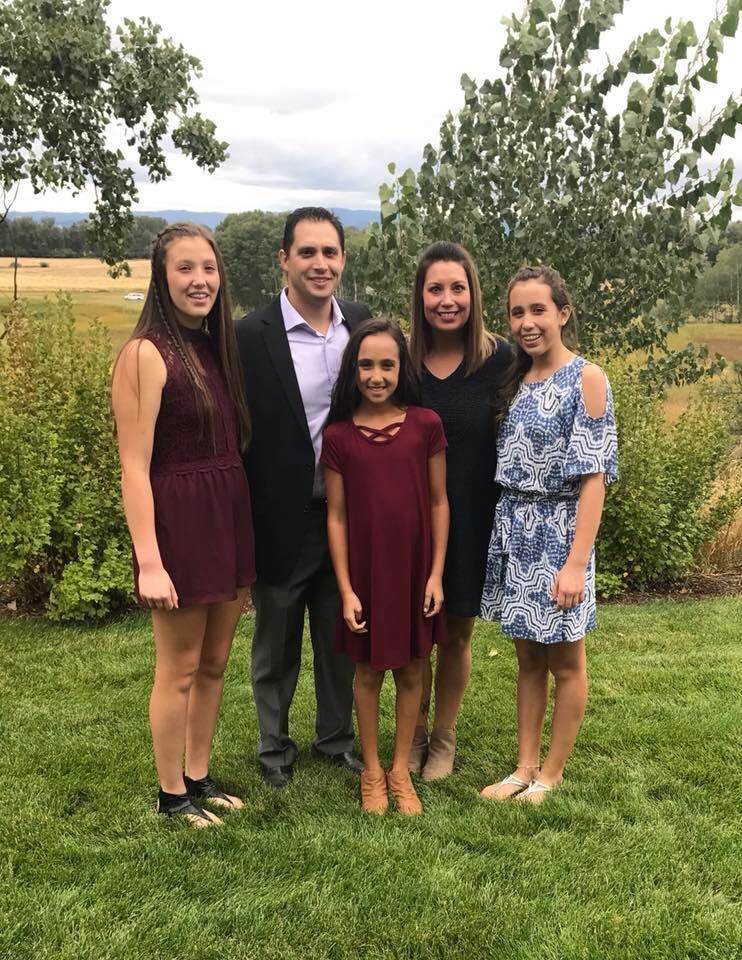 This month our Alumni Spotlight Focus is Adam Belarde, St. Bernard’s Class of 1996.

While a student at St. Bernard’s, Adam played basketball and football for four years.  He recalls some memorable times at SB and says he “had the opportunity to play with some very talented athletes. The class above us and the class below ours was also athletic; as a result, we were very competitive and enjoyed great success. Some memories I will never forget are my Junior year going undefeated in football (10-0), beating Ferndale twice (which hadn’t been done in over 10 years), and being ranked #2 going into our last game (against Ferndale, which we lost, and try to forget.)”

In his senior year the basketball team made it to the California State Tournament.  Adam relates, “We won several games playing on the road in multiple cities, making it to the Final Four in the state where we lost to the eventual State Champion by 4 points.”

“The only other activity I was involved with at SB was giving my teachers a hard time (without disrespecting them.”

After high school, Adam worked three jobs and helped coach the JV Football team at SB with Jeremy Wardrip (Class of 1991). He saved up money and the next year attended Cerritos Junior College for two years and then transferred to the University of Montana where he earned a degree in Economics.

Currently Adam works for a restaurant management company called Food & Fun Inc. in Montana.  He is a partner and also the Director of Operations and oversees seven large restaurants throughout the state of Montana.  He travels throughout the state, working with leadership teams on development as well as overseeing menus, labor cost, and food cost.

Adam was featured recently in the Missoula Valley Lifestyle magazine which is for and about the residents of Missoula Valley, Montana.  It covers local history, notable students, hometown heroes, and community businesses. The Montana Club, a popular hometown restaurant which Adam has been with for 19 years, was lauded for its home-style cooking, unique menu, and signature dishes.

Adam and his wife Amber have three daughters 15, 13, and 11 years old.  Adam says, “All three daughters are good students. All three are very active in sports including soccer, volleyball, basketball, and competitive cheer.  I am currently coaching soccer and basketball for my thirteen year old daughter, which I love doing.”

Adam feels that SB had a very big impact on his life and career.  “I think SB is a tight community of like-minded people. I developed relationships that were very important to me with teachers, students, and coaches that really helped shape who I am today.  I think there is a common bond with students of all different eras that share in SB.”

Thank-you, Adam, for sharing your journey with us and congratulations on your successes and beautiful